How listening to customer feedback can help your business

Last week, Windows 8.1 updates were revealed to the public. While some are excited for the changes, some critics see this new release as “admitting the failure of Windows 8.” Microsoft continues to defend the changes to Windows 8, stating that they are making improvements in order to better serve customers.

In the past two weeks, articles in media and comments on blog posts suggest that Microsoft is giving in to the pressure to reinstate features from Windows 7. Some have even suggested that this new release would be “one of the most prominent admissions of failure for a new mass-market consumer product since Coca-Cola’s New Coke fiasco nearly 30 years ago.”

However, Microsoft defends its position on its blog and in press releases. Antoine Leblond, Microsoft’s corporate VP for Windows Program Management stated,

“We’re only a bit more than seven months into [a] new, bold approach to computing. The response to Windows 8 has been substantial – from new devices to strong app growth to key enhancements to the OS and apps. We’ve learned from customers in how they are using the product and have received a lot of feedback. We’ve delivered hundreds of updates to the product and to apps. We’re just getting started, and the potential ahead is tremendous. We’ve been watching, we’ve been listening”

Microsoft maintains its position that while new changes are being made to Windows, the company is working on making the customer happy- not admitting failure.

What can we learn from Windows 8.1?

Ultimately, customers have the biggest vote when it comes to product features. If the customer is not happy- they will not buy. While some critics see Windows 8.1 as admitting failure, Microsoft is doing the right thing by listening to customer needs and wants. It is important that every company has a way to listen to customer feedback-blogs and surveys being the most prominent method. While it’s not always easy for a company to give in to customer desires, doing so will encourage customer loyalty and ultimately more sales.

2. Engage Users in the Process

Throughout this process, Microsoft has done an excellent job of communicating with customers and showing off new features. Whether its through the blog, press releases, or communicating at Computex 2013, customers have been made aware of new changes, promotions, and features before the actual release. This type of communication makes customers feel important and listened to- something vital to creating life-long customers.

Instead of releasing a newer version of Windows that simply fixes old problems, Windows 8.1 has many improved features that are innovative and exciting for users. The security features of Windows 8.1 include fingerprint sensors, while other features include improved multitasking abilities. These new features make users happy and make the product itself more valuable.

While changes are occurring at Microsoft, the company is moving slowly enough to let users adjust to the changes and embrace them. As an example of a company making changes too quickly, we can recall the recent changes at Adobe. The company has recently switched over to subscription only software- angering a huge part of their customer base. While Microsoft also offers subscription based software, they offer physical copies of the software as well. They plan to for at least another decade. While both companies are trying to be innovative, Microsoft has taken a softer sell approach to the changes in their company. This makes customers feel more comfortable about the changes and allows them time to make adjustments.

While some may see Windows 8.1 as a company admitting failure, it can be a great example of how a company adjusts in order to better serve customers. In the end, listening to customer feedback may be the best advice a company gets for improving sales. 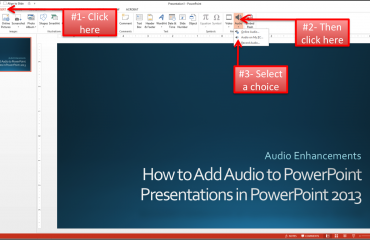 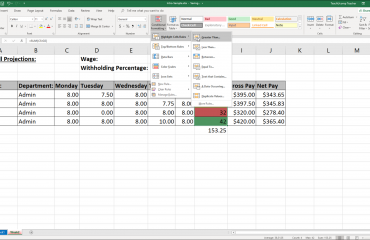