Adobe has been in tech news a lot lately due to changes with their software. In the past 6 months, Adobe made the decision to no longer sell perpetual software licenses. Also, Adobe released and began heavily marketing their subscription only software service- Creative Cloud. Adobe’s CEO has given many reasons for this switch- innovation, new applications, easier updates, etc. However the biggest reason (besides steady cash flow) seems to be to protect against piracy. The idea is that a subscription is harder to pirate than a physical copy of the program. However, just a few days after the release of Creative Cloud, some applications have already been hacked.

If you’ve been following news articles and Adobe’s blog, you have watched the backlash that Adobe has gotten for scrapping perpetual software licenses. While many large companies are moving towards subscription software models, Adobe is one of the first to offer subscription only software. The company’s new focus is to charge $50 a month for an entire suite of applications. This has frustrated consumers. Most users against the switch say it will cost them more money in the long run, while others simply do not like being forced into a subscription without a choice. Adobe defends the new Creative Cloud by stating that uses will have access to innovative programs at a great value. Adobe also stated that a reason for the switch was to make their software piracy-proof.

Before the release of Creative Cloud, Adobe announced that their new software model was piracy-proof. However, just days after its release, cracked versions of Photoshop and other Adobe applications have been found on The Pirate Bay and other torrent websites.

Piracy has become a big concern for Adobe since their products are some of the most pirated in the world. This is largely due to their expensive retail price. (Some versions of Photoshop can cost $700). This price tag can be a heavy burden for photography students and freelance artists who use the software more casually. Because of this, consumers lean toward piracy instead of purchasing.

The Creative Cloud requires server verification in order for users to download and use the applications included in the suite. This should, in theory, make it difficult to gain the software without purchasing. However, hackers have figured out how to remove the component that requires the use of Adobe server verification. The cracked versions were first found by PetaPixel on BitTorrent. Photoshop, Dreamweaver, and Illustator all showed up online. Since that report, other applications have been found on The Pirate Bay: Adobe Premier, Flash Professional, and After Effects.

These applications require a connection to Adobe’s servers every month to re-validate a customer’s subscription status. So whether or not this will be a long term solution for hackers remains to be seen.

So what does this mean for Adobe? Piracy is a part of every software companies worries. If you create it, odds are, it will be pirated eventually. However, does the speed in which these cracked versions were found indicate just how angry consumers are over the switch? Or is it just par for the course?

The bigger problem that Adobe may face is the marketing/ public relations problems that may come with piracy. It will be harder for the company to justify moving to Creative Cloud if piracy is still a concern. Also, this could be a potential huge blow to Adobe’s “stop piracy” campaign.

What do you think? Do you think this will be a huge blow to Adobe’s marketing and public relations campaigns? Or is piracy just a normal part of software business? Will they be able to keep customers happy with this new subscription service? Tell us in the comments!

*Note: Most of these cracked versions contain malware.  Also, piracy is stealing. TeachUcomp, Inc would never endorse stealing or pirating copies of any type of software. 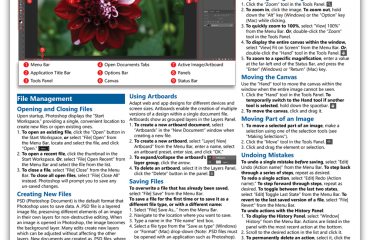 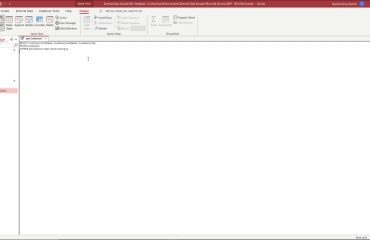