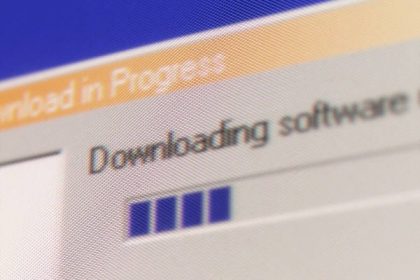 In the midst of the Adobe backlash, competitors have started seizing the opportunity to gain new customers. After Adobe’s announcement last month to offer only subscription based software, other companies are creating new products and promotions in order to satisfy angry Adobe customers-in hopes that they will switch over.

Corel, one of Adobe’s biggest competitors, has started offering services specifically designed for former Adobe customers. Nick Davies, general manager of Corel’s digital media, states “We’ve put in place our outreach program to users saying, ‘Hey, come and try us.’ ” After the mob of angry comments on blogs and forums, Corel is paying attention. They have received numerous requests for alternative software choices. “We’ve had a lot of inbound requests for CorelDraw, but also for PaintShop Pro, AfterShop Pro and Painter,” Davies said. “All of our products have a free trial for 30 days. Hopefully we’ll see a pickup (in sales) in 30 days.” It certainly seems as though sales will pick up for Corel, as Adobe shows no signs of changing the current subscription plans.

Corel even has a special page dedicated to former Adobe users. It looks like Corel is trying to accomplish what Adobe refuses to- give  customers options. And they are not shy about it. On their page they state,

“Following the recent announcement made by Adobe regarding their shift to a purely subscription model for future versions of Illustrator, Photoshop and the rest of their Creative Suite products, we’ve heard from many CS users looking for alternatives. As stated before, we strongly believe in providing users choice to purchase your software the way you want.”

The website also goes on to say that from now until August 30th 2013, owners of eligible Adobe products (Creative Suite, Photoshop, etc) can purchase Corel products at the upgrade price. These products, such as PaintShop Pro, CorelDRAW, and Graphics Suite X6, are meant to be a substitute for Adobe’s photo editing software. While Corel does offer subscriptions, they stand firm on continuing to offer perpetual licenses as well. In a press release on its website, Corel states that it will continue to give users options.

“At Corel, we strongly believe in giving users the choice to purchase your software the way you want. For many of you, we know that the preference is to purchase a box or download version of our products in what is called a “perpetual license”, i.e. in a way that gives you the right to use the product forever without having to pay anything extra. You then have the choice, if the new features and benefits make sense to you, to purchase and upgrade to a new version.”

The company offers software in box form, as a digital download, or as a subscription with a monthly fee. From the comments on the website and other blogs and forums, it seems as though customers are very pleased with Corel’s choice to offer software in a variety of forms.

Xara, a software company that sells photo-editing software, is also aiming to steal a few former Adobe customers. They currently offer a $100-off promotion for Adobe Creative Suite customers, lowering the total price of Xara Designer Pro to $199. They are also throwing in a free upgrade to a new version that is set to be released in the future. Marketing director Charles Moir says that there is an increase in sales. “People taking up the cross-grade offers roughly doubled in May compared to previous months.”

Quark is another company looking to offer creative software substitutes. Quark produces digital publishing software for large corporations and could offer nice alternatives to Adobe’s more professional customers. Gavin Drake, Quark’s Vice President of Marketing is hard at work trying to convince users to switch. “I was somewhat taken aback by the size and swiftness of the backlash,” says Drake. “Adobe has been doing all sorts of things for a number of years and customers seem to have happily gone along with that,” but this time there’s loud opposition.

Part of Adobe’s Creative Cloud sales pitch is allowing professionals to access software in bundles in order to try out new features and gain more usage out of the package. Drake, however, thinks a lot of customers are better off only using the applications they want instead of purchasing a package. He also thinks that because of the range of creative skill among users, a bundled package may not be the best choice.

“What percentage of the market needs all those tools?” he asked. “There are very different skill sets required within Creative Suite. If I want to do illustration or photo editing or page layout, that’s different from timeline-based Edge animations or detailed video editing. Some people can cross those boundaries, but a lot of people don’t like to cross those boundaries.”

Nitro PDF, an Australian company is also offering services for users to create Portable Document Files as a substitute for Adobe Acrobat.

“We have seen increased discussion with our customers regarding the affordability of Nitro compared to the Adobe suite, especially in industries where cost is a higher factor than functionality like the education sector,” said marketing coordinator Spencer Jenkins. “We actually have a campaign in play to education as a result of Adobe backlash. Several higher-education institutions came to us complaining about the move to a perpetual license and asked if we would work with them,” said spokesman Kelby Troutman. “When we saw what was happening we put a campaign out to the market in case there were more.”

With how many alternatives there are out there and the potential for new companies to come into play, it will be interesting to see how many users make the switch. Adobe reps insist that the market research shows that users are overall happier with Creative Cloud and subscription based services. This could be the start of a new movement where users gradually switch over to all subscription based services. Or, this could be a terrible decision for Adobe that will have them switching back to perpetual licenses in a matter of months.

What do you think? Is Adobe innovative and paving the way for other software companies to follow suit? Or is this a bad decision that they will regret in the future? Tell us in the comments! 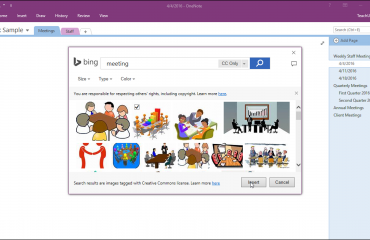 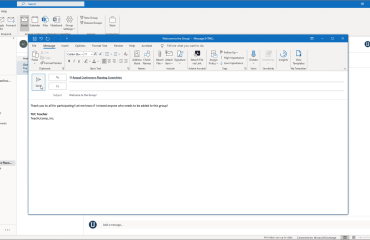 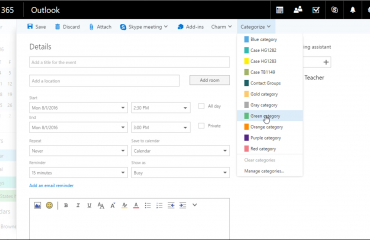 Categorize Items in Outlook on the Web – Tutorial