The Start Button in Windows 8.1 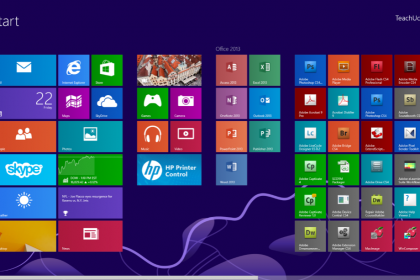 Within the Desktop app, you can place shortcuts to your favorite files, folders, and programs. These shortcuts are displayed as icons on your Desktop screen. The icons shown on the Desktop, as well as the background wallpaper shown and general color scheme used within the Desktop can be customized for each user account on the computer.

One icon commonly shown icon on the Desktop is the Recycle Bin. This is where files that have been deleted from your computer’s “C:” drive will be temporarily stored until you decide to permanently delete them. Note that when you delete files from removable media or network locations those files are NOT sent to the Recycle Bin, but are permanently deleted instead. So it is important when working on a network that you do not assume that files and folders you delete from network drives will go to the Recycle Bin. Be careful with the files that you delete from your computer.

At the bottom of the Desktop is a thin bar known as the Taskbar. The Start button is shown at the left end of this bar in Windows 8.1. To the right of that are shortcuts to the desktop version of Internet Explorer and File Explorer. After that you will then see icons for any currently opened applications within the Desktop app. At the far right end of the Taskbar are icons for background app that are running on your computer as well as the date and time.

The Start button in Windows 8.1 is a small button that displays the Windows logo and is shown in the lower-left corner of the screen when you hover over that corner in the Start screen. It is always displayed at the left end of the Taskbar at the bottom of the Desktop app. You can click the Start button to display the Start screen within Windows 8.1. You can right-click the Start button to display a pop-up menu of shortcuts to various windows and control panels that you may want to access on your computer. To open any one of these windows, simply click the desired command in the pop-up menu that appears. A handy shortcut is the “Shut down or sign out” command. If you roll your mouse pointer over this command you will see the options that you have to shut down or sign out of your computer shown in a side menu that appears. You can then select the desired command to execute in the side menu to quickly sign out of your account or shut down the computer. 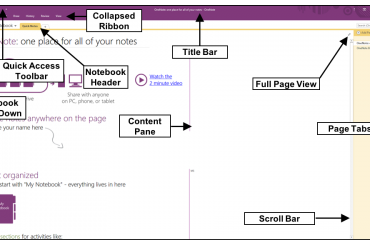 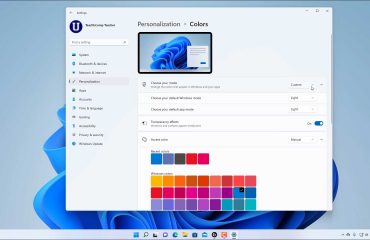 How to Change Colors in Windows 11- Instructions 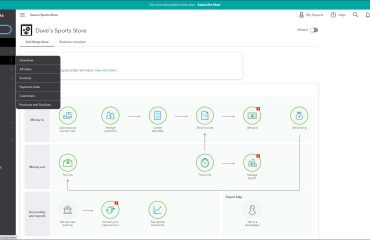